Click on the instrument name to reveal the answers to the most frequently asked questions about your analyzer. If your issue isn’t addressed here, please feel free to contact our technical support team.

Answers to some common questions can be found in our video library on YouTube.

Why are the Auto Cal Temperatures incorrect?

Contaminated Lead Std or Probe not in center of lead.

Embedded Computer is not running?

Bus Bar contacts corroded or dirty or Bus-Bar power cable corroded or Heater Power Controller is out of adjustment or Tube shorted to test section.

Why is the watts reading causing the test to abort? 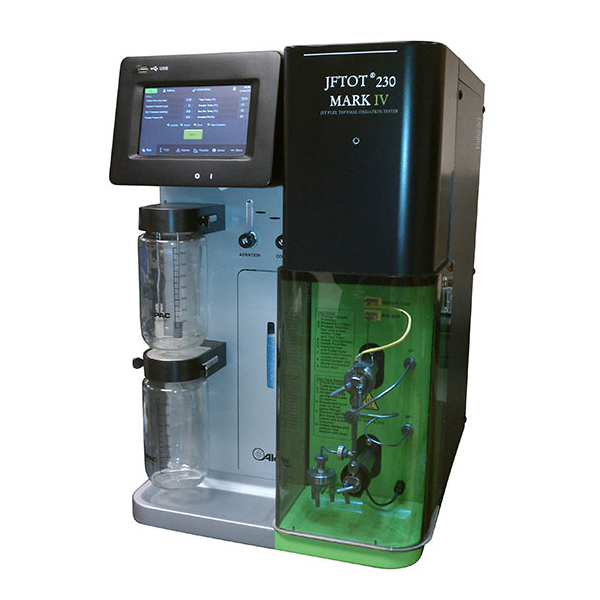 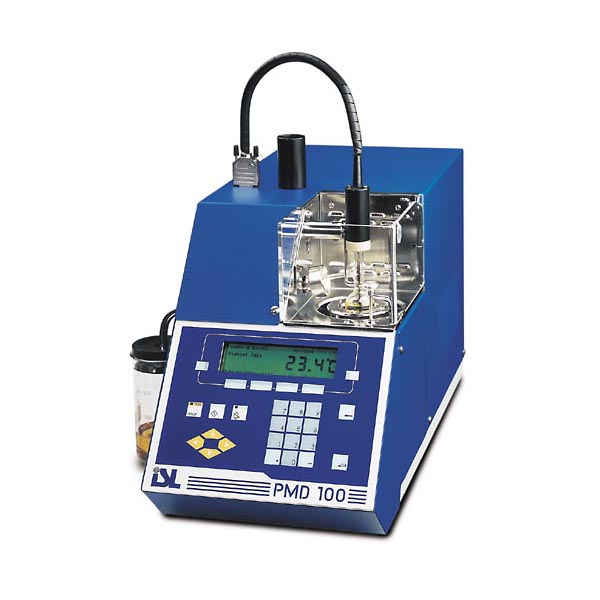 Why am I getting a Vapor Pressure Safety Alarm?

Check if boiling stones have been put in the flask. Use only the boiling stones delivered with the apparatus because the dimension is very important. Check if the capillary in the condenser tube of the flask is not clogged. Be sure that the output of the condenser tube is at atmospheric pressure (the beaker at the output should not be sealed). Perform the vapor pressure calibration.

After a few months of use, distillation flasks are covered by a black residue? Does it affect my results?

Yes. The presence of a black residue in the bottom of the distillation flask can damage the accuracy of results especially for products having a FBP ≤ 250°C (FBP – IBP ≤ 25°C). So it is recommended to clean and dry the flasks after each test.

Do I have to adjust the temperature measurement circuit by pure product distillation when the thermocouples have been cleaned?

At intervals of not more than six months and after one element of the system has been replaced or repaired, verify the accuracy of the liquid and vapor temperature measurement by distilling two pure products:

It is advised to clean the measuring head and the thermocouples with a tissue paper after each test to remove any trace of residual condensate but it is normal that thermocouples becom black from the first tests. If a residue is accumulated, it must not exceed 0.2mm width (diameter of the liquid thermocouple at the extremity: 2mm)?

If it is the case, call for your local PAC Service Department to dismount thermocouples in order to clean them using an appropriate solvent or to change them.

The cleanliness of the flask and temperature measurement thermocouples (liquid and vapor) directly influences boiling range characteristics so they must be cleaned regulary.

It is preferable to absorb the residue on measuring head thermocouples after each test with a tissue paper removing the condensate of the previous test assuring that the following sample will be not polluted.

Clean the flask after each test. Use an appropriate solvent and dry it. Replace the flask when it is too dirty.

Verify the capillary is not clogged. If it is the case, do not use any tool to unblock it but clean the flask again and use compressed air to dry the flask and unblock the capillary.

When the apparatus is switched on, the LCD screen does not light up.

If the PMD was stored in a cold or wet place, leave the apparatus in a dry and temperate place for 24 hours before switching on. Verify the backlight setting.

Why am I getting no peak response?

Check for a plugged syringe in the autoinjector.

I am showing a loss for the C6 Aromatic number but everything else is ok?

Try changing the inlet septum or check for leaks at the inlet liner.

My total Olefin number is low and my Saturates number is high?

My C9 Naphthene and C9 paraffin peaks are broad, sharp and unresolved?

I am getting Saturates response but no Aromatics?

Check the incoming valve air pressure to the gc. If there is insufficient air pressure to switch the valves then all peaks will elute in the first 30min of the run. It could also be a broken boiling point capillary column. 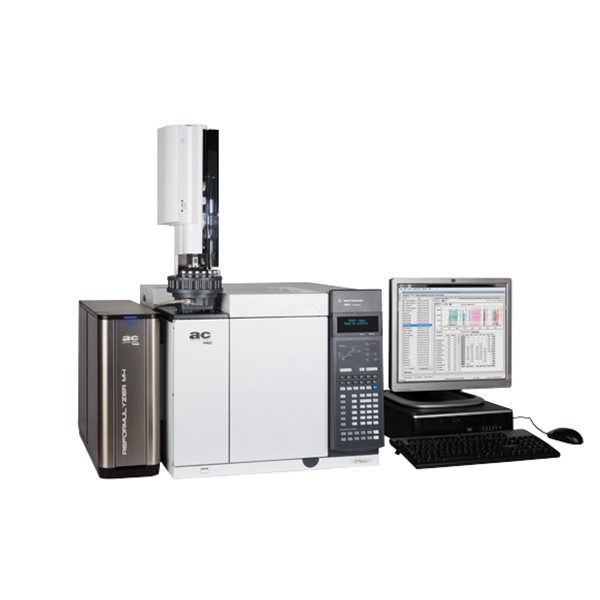 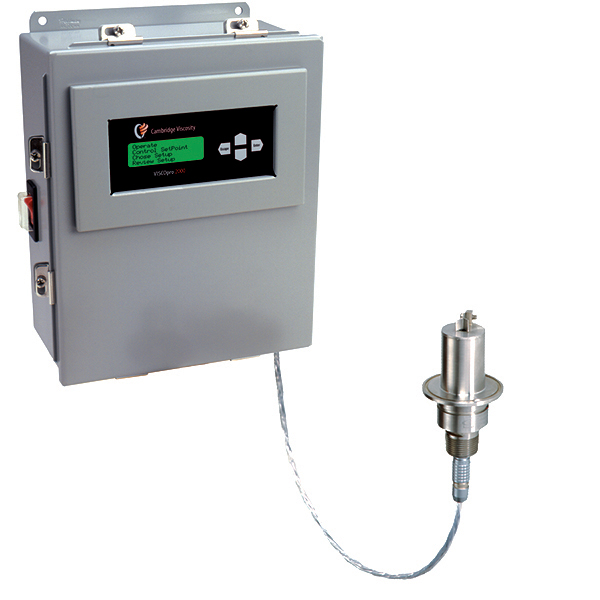 What is the expected control output and how should it be set?

After a system reaches stability, the controller output will stabilize at some value. The Expected Control Output (ECO) is an estimate of that value input by the operator. The estimate can be based on experience (the results last time), or knowledge of the system.

Set the ECO, then when “Control as Set” Mode is begun, the ViscoPro2000 system positions the proportional band so the ECO value is at the set point. If your estimate is right and the proportional band is set wide enough to prevent oscillation, the system will converge to the Set Point as fast as is possible with PI control.

If you want to guarantee that the system will not overshoot and are willing to take longer to get to the set point, set the ECO value to zero and the proportional band wide enough to guarantee no oscillation. With this strategy the output will approach quickly to within two times the “Semi-Proportional Band”, then very gradually ease toward the Set Point under the influence of the Integral adjustment. As a rule of thumb, it will take up to three times the System Stabilization Time” to reach stability at the Set Point.

This is a very safe strategy that is sometimes used the first time if recovery from an overshoot is difficult. Difficult recovery from an overshoot is usually not the case with thermal control of viscosity (e.g., HFO control), since most systems cool as readily as they heat. On the other hand, when viscosity is adjusted by the addition of a solvent and recovery depends on gradual evaporation, recovery may be very slow and overshoot needs to be avoided. Of course in these cases it is also helpful to reduce the rate of solvent addition so the process is more symmetric.

What maintenance does the typical autoviscometer require?

In viscometers with rotating spindles or piston rods, which are usually mounted in coating tanks, the wet/dry interface presents commonplace problems. As tank levels drop, some coating dries on the spindle or rod and then drags on the viscometer which artificially raises the viscosity reading. Water-based coatings exacerbate this problem. When this happens, the viscometer sends a signal to add solvent to thin the coating; the result—bad product and lost production.

How do I optimize the proportional band width?

What are the components of a CVI system?

The heart of our autoviscometer is a stainless steel sensor and piston, along with electronics and connecting cable. For coating control applications, both a control valve and a needle valve can be included.

How is the system installed?

CVI systems are simple and inexpensivel to install.You just add a “tee” fitting into the existing coating line that goes to the applicator. Install the sensor and run the cable back to the electronics, which come in a NEMA4 enclosure for protection and can be mounted hundreds of feet from the sensor, if necessary. Install the valves for your solvent addition and wire the solenoid back to the electronics. That’s it.

The CVI autoviscometer is virtually maintenance free in a wide variety of coating applications. We recommend a calibration check at least once a year for most applications. Re-calibrations can be performed in the field or in our facility.

How can I be sure it will work?

To ensure your success, our people are available to see that the system is installed correctly and to train your personnel on its proper operation. You have our portfolio of successful worldwide installations to further secure your peace of mind.

This website uses cookies to improve your experience while you navigate through the website. Out of these, the cookies that are categorized as necessary are stored on your browser as they are essential for the working of basic functionalities of the website. We also use third-party cookies that help us analyze and understand how you use this website. These cookies will be stored in your browser only with your consent. You also have the option to opt-out of these cookies. But opting out of some of these cookies may affect your browsing experience.
Necessary Always Enabled

Performance cookies are used to understand and analyze the key performance indexes of the website which helps in delivering a better user experience for the visitors.

Analytical cookies are used to understand how visitors interact with the website. These cookies help provide information on metrics the number of visitors, bounce rate, traffic source, etc.

Advertisement cookies are used to provide visitors with relevant ads and marketing campaigns. These cookies track visitors across websites and collect information to provide customized ads.

Other uncategorized cookies are those that are being analyzed and have not been classified into a category as yet.